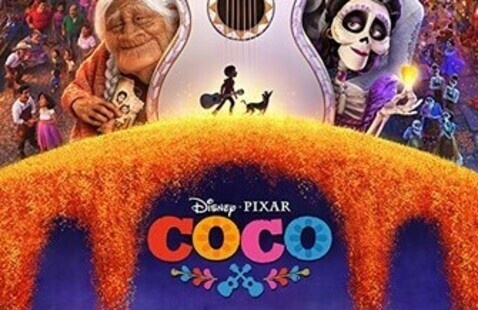 This week's film is: Coco

A boy named Miguel dreams of becoming a famous guitar player, despite the misgivings of his close-knit family. When his lofty ambitions cause him to run afoul of a curse, he must journey into the Land of the Dead to seek forgiveness from his ancestors.