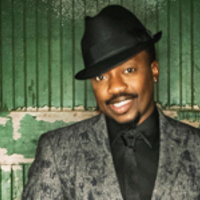 Grammy Award -winning singer Anthony Hamilton, who also serves as the national spokesman for Court Appointed Special Advocates (CASA), is the keynote speaker for the 2013 Black History Celebration at University of the Pacific. He will both lecture and then perform a short intimate set of songs at 7 p.m. Feb. 7 in the Bob Hope Theatre in downtown Stockton.

A bus will provide transportation from the Stockton campus in front of Burns Tower to the Bob Hope Theatre.

His lecture will focus on his work as the spokesman for CASA, a non-profit organization that raises awareness of the growing number of African-American children in the foster care system.

"Anthony Hamilton well known for his public service and his commitment to the underprivileged, but also is a gifted and popular singer and song writer who currently has a number one hit," said Kaya Dantzler, student co-chair of the Black History Month Planning Committee, of Pacific's Black History Month Committee. "I think the audience will be moved by his personal story and will be amazed at how much impact in the world one person can have, when their heart is in the right place. And then they will be thrilled by his music."

Tickets cost $30 to $40 for the general public, $15 for Pacific students. (Students may purchase tickets at the DeRosa University Center)

Besides Hamilton, the Feb. 7 lecture and performance will also feature a performance by singer/songwriter Joshua D. Washington, a 2012 graduate of Pacific's Conservatory of Music.

Buy Tickets
This event content is powered by the Localist Community Event Platform.