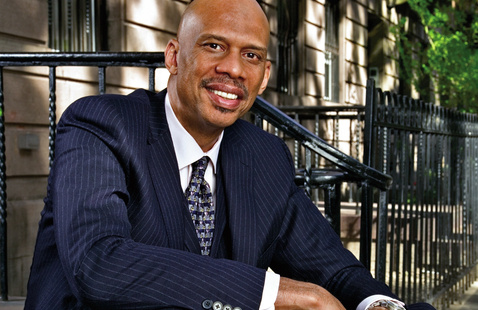 Kareem Abdul-Jabbar, the National Basketball Association's (NBA) all-time leading scorer, a best-selling author and historian, will speak at University of the Pacific as part of the 2013 Black History Month Celebration.

He will discuss lessons he learned as a professional athlete, his accomplishments since he retired from playing basketball and his love of history which inspired his latest book, "What Color is My World? The Lost History of African-American inventors."

The event will be held in the Faye Spanos Concert Hall on Tuesday, February 26, at 7 p.m. The event is free and open to the public.

"Kareem Abdul-Jabbar is an American icon who has demonstrated that through hard work and determination, anything is possible," said Randall Ogans, Co-chair of Pacific's Black History Month committee. "He is an amazing athlete and role model to people all over the world. He has dedicated his life to learning and writing about history, promoting literacy and celebrating cultural diversity. "

Abdul-Jabbar is best known as a basketball player for the NBA's Milwaukee Bucks and the Los Angeles Lakers, having played professional basketball from 1969 to 1989. During that time, he played in 1,560 games, the second highest ever in the NBA's history. He remains the NBA's all-time leading scorer with a total of 38,387 points. During his career, he won six NBA Championships, was selected most valuable player six times, was selected on the All-NBA team 10 times and was named an NBA All-Star 19 times. He was inducted into the Naismith Memorial Basketball Hall of Fame in 1995. On Nov. 16th, 2012, a 16-foot bronze statue of Abdul-Jabbar was unveiled in front of the Staples Center, home of the Los Angeles Lakers.

Abdul-Jabbar is the second major speaker for Pacific's 2013 Black History Month Celebration. The University previously announced that Grammy Award-winning singer Anthony Hamilton would lecture and perform on Feb. 7 at the Bob Hope Theatre. The celebration also will include a poetry reading from Nathaniel Mackey and a Gospel concert. For more information about Pacific's Black History Month Celebration, visit go.pacific.edu/BlackHistory.