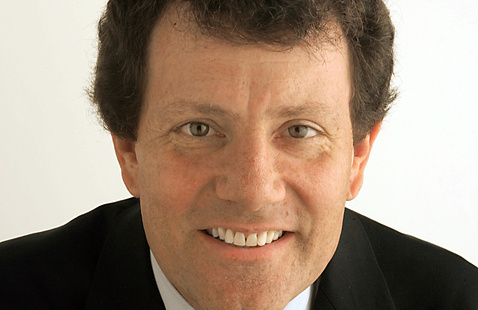 Pulitzer Prize-winning columnist Nicholas D. Kristof will discuss “What Do Americans Need to Know About the World and How do We Make Sure that They Do?” as part of the School of International Studies’ (SIS) bi-annual Gerber Lecture Series. It is free and open to the public.

Kristof, a two-time winner of the top prize in journalism, is a columnist for The New York Times. A “reporter’s reporter,” his human rights advocacy and efforts give a voice to the voiceless.

Kristof and his wife Sheryl WuDunn won the Pulitzer Prize in journalism in 1990 for their coverage of China’s Tiananmen Square democracy movement. Kristof won his second Pulitzer in 2006 for his coverage of the genocide in Darfur. The prize judges described his covered as “graphic, deeply reported columns that, at personal risk, focused attention on genocide in Darfur and gave voice to the voiceless in other parts of the world.”

Kristof has also been awarded the Dayton Literary Peace Prize, the Anne Frank Award, and the Fred Cuny Award for Prevention of Armed Conflict.

Free and open to the public