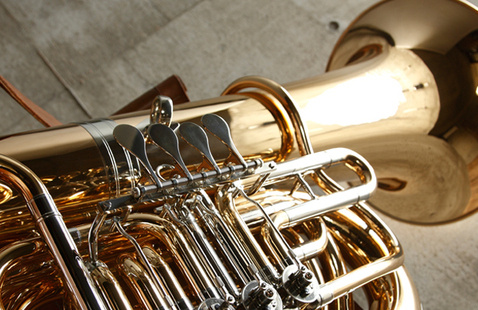 University of the Pacific's 1st Annual Octubafest, presented by the Tuba-Euphonium Studio, will take place at the Recital Hall on Tuesday, October 26, at 7:30pm.

In addition to the main event, a special Virtual Master Class with award-winning UK tuba player and composer, Theon Cross will take place on October 26th at 11am in the Rehearsal Hall. Theon, a key component of London’s thriving jazz scene, will kick off the class with a short performance and introduction followed by solo excerpts from Conservatory students.

Octubafest is an annual fall celebration that was first held at Indiana University in 1972 by Harvey Phillips. The event gives student musicians the opportunity to expose the audience to the brilliance of the tuba and euphonium.

For more information on the concert, email Professor Crichlow at ccrichlow@pacific.edu.

Free to the general public.

Join us for all our Octubafest events:

Note: as of August 2021, University of the Pacific requires all individuals on campus to wear a facial covering indoors.