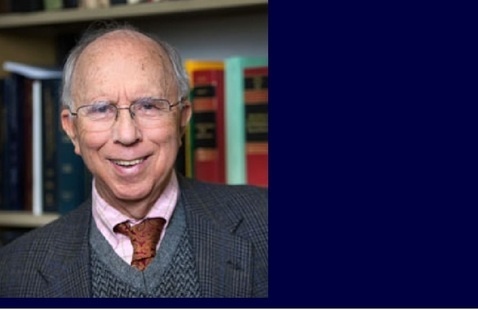 The Department of Political Science, in partnership with President Christopher Callahan, presents a series of conversations and interviews with journalists, civic leaders and political scientists about the 2020 presidential election, as well as local, state and national politics. This series will offer discussions that provide opinions and analysis about issues of politics, economics, foreign policy and social protests.

Professor Emeritus Brian K. Landsberg began teaching at McGeorge in 1986 and has continued to teach since taking emeritus status. His teaching is grounded in his experience as an attorney in the Civil Rights Division of the United States Department of Justice, beginning in the tumultuous 1960s. His career in the Civil Rights Division began with trial work to vindicate the right of African-Americans in Alabama to vote, notably including the case the recognized the right to march from Selma to Montgomery to protest racial discrimination in voter registration. That work also became the basis for his book Free at Last to Vote: The Alabama Origins of the Voting Rights Act. Professor Landsberg also worked on some of the first cases to desegregate public accommodations and on fair employment and fair housing cases. As Chief of the Education Section, he helped litigate the cases that transformed the schools of the Deep South from the most segregated to the most integrated schools in the nation by the mid-1970's. He then became Chief of the Appellate Section, arguing cases in United States Courts of Appeals throughout the country, as well as working on Supreme Court briefs in seminal civil rights cases.

Join us by clicking on the JOIN STREAM button to access the ZOOM session.

Join us for these upcoming conversations: