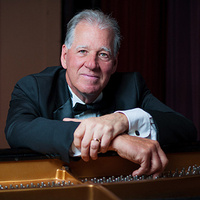 Wiens was a member of the faculty at University of the Pacific's Conservatory of Music since 1976 until his retirement in 2019. With a performing career that has taken him to Eastern and Western Europe, Asia, and throughout most of the United States, Frank Wiens has maintained an active concert career for more than four decades. Possessing a concerto repertoire of over 35 works, he has been a frequent soloist with symphony orchestras in the U.S. and abroad. His recitals have taken him to major cities such as London, Warsaw, Vienna, Seoul, New York and Los Angeles, as well as to many venues where classical recitals are rarely heard. Believing that the gifts which one has been given carry social responsibility, he has devoted a significant part of his career to benefit recitals for the homeless and most recently for victims of the Northern California fires.

Tickets are available at the door or in advance at go.pacific.edu/musictickets.

Register
This event content is powered by the Localist Community Event Platform.