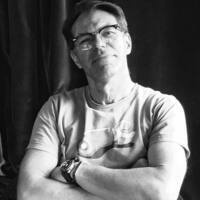 Cooper is an award-winning filmmaker and virtual reality producer based in Santa Cruz, California. He is also the developer of the go.dingo remote control rover platform for 360° filmmaking. His 2018 VR short documentary, “Aftermath,” about the fire that destroyed Paradise, California won the Best VR Film at the 2019 Earth Day Film Festival and has brought international attention to the tragedy.

College of the Pacific, Media X

Department
College of the Pacific
Hashtag